Why in the World Does MIND Matter? 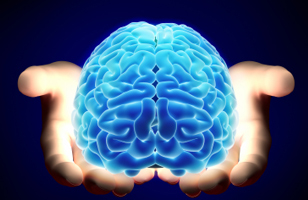 “Because, in a very real sense, the cosmos wouldn’t exist without intelligent life to perceive it, our mission is to preserve intelligence wherever it arises in the galaxy.” This highly enlightening quote is mined from The California Kids Who Saved Cosmic Civilization.                ********************************************
To discover the nexus of science and spirituality in action, read this inspiring positive-outlook novel based upon the findings of quantum physics and such cutting-edge scientific / philosophical concepts as biocentrism. Given our current dark age of despair over political divisiveness, racial animus, and potential nuclear holocaust----The California Kids Who Saved Cosmic Civilization stands out like a beacon of light and a ray of hope. If you’re a forward-looking, naturally optimistic person, the cosmic perspective of this novel is almost certain to lift your sagging spirits and set your lofty imagination free.
​.
MIND matters
The Meaning of Nonviolence
Not unlike deep-fried foods at the state fair, graphic violence sells — and many Americans seem to have an insatiable appetite for both these heart-stopping hot commodities. A well-respected creative-writing professor once threatened to do violence to my course grade if I continued to insist that I could write a successful mystery novel that didn’t include at least one murder. When I finally published my first novel --- dedicated to nonviolence ---18-Karat Karma, in 2010, I was attacked by the purveyors of violent pulp fiction while trying to promote my work on social media. This in spite of the fact that I intentionally thrust graphic violence deep into the heart of its rather shocking plot to drive home my nonviolent point. The feedback I have gotten from most who have read my second novel dedicated to the principle of nonviolence, The California Kids Who Saved Cosmic Civilization, runs something like this — “I was hooked at the very first paragraph — then I was sharply and inextricably reeled in by each succeeding chapter, straight on through the storyline’s eye-popping conclusion.” Ironically, every violent thrust in this novel is foiled by the parry of a nonviolent protagonist. While I admit that novels dedicated to nonviolence are not classified as a red-hot commodity in twenty-first century America, let’s face it, that isn’t prima facie evidence that a nonviolent novel can’t be compelling. If you still want to fight my point regarding nonviolence, please  take  a short time out from all the violence to READ The California Kids Who Saved Cosmic Civilization.
The California Kids 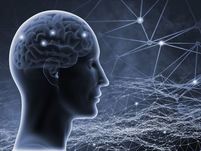 BIOCENTRISM is a cosmological theory proposed by American scientist Robert Lanza. According to his extremely well-informed view, life and biology are central to being, reality, and the cosmos. Lanza maintains that life creates the universe rather than the other way around. To expand your own  horizons about the importance of MIND, please watch Doctor Lanza explain why life and consciousness are critical to our understanding of the universe.
ROBERT LANZA SPEAKS